It is pretty obvious, and as I have already argued before, that the EU is based upon deliberately misleading, misguided and ultimately dangerous ideas that have their origins in the 1930s and just before. These ideas are connected to the concept of gradual social Revolution, whereby a privileged “technocratic/expert” elite is enabled to put itself in positions of power, by disregarding, overturning, disempowering and generally tricking the wills of national democracies and the sovereign voice of the people away from choosing their own destinies. All this so that the elite can assert total control over the political systems and economies of  European nations in the interests of wider geopolitical and globalist games (just as Mr Barroso, the ex- Maoist, has shown by getting on the Goldman Sachs payroll; not before ensuring that any enquiry into his revolutionary Communist origins was deemed “inadmissible” by the EU Commission!)

The argument is always put forward this is nothing more than a rather gentle, friendly, well-meaning and harmless kind of “pooling of sovereignty”, in order to make general progress possible for All. The dictatorial or even totalitarian characteristics of people that say such things has come to the fore in the reaction to Brexit in the kind of threatening aggressive language and demands that have been used by people who have little power according to their job descriptions (the Mayor of London, the leader of the SNP) but who demonstrably and almost uncontrollably thirst after it; in fact the foaming at the mouth and “requirements” for additional powers and more referenda illustrate perfectly this point!

Perfectly also, is illustrated the fact that these Technocratic elites – often completely divorced from the majority of people they represent, where the Brussels technocrats are concerned – are really much more interested in their own ideas of “progress” and “change” and what constitutes in their eyes a good “civic society” and the right definition of equality and human rights, than what the majority of people may think about this, when given the democratic option to decide. Just the other day I commented on another reader’s comment in The Independent newspaper, who said that we could “blame the Oiks when things go wrong with Brexit”. What such people generally want, is to share their own highly elitist champagne socialist view of how we are so ignorant, whilst demanding that millions of “deserving” migrants are brought in, to take up housing and services that other people will have to pay for and run.

The way that the EU is going, was seen in the deplorable way that the Greeks were treated, now lying 187 in the world economic freedom tables. Freedom goes hand-in-hand with cultural integrity, it has to be fought for, protected, nourished and stood up for in the face of aggression, not meekly handed over. The Heritage Foundation World Index of Economic Freedom (reported in The Telegraph) shows that most EU countries are chronically even disastrously unfree, and this argues very convincingly that the EU should be broken up. Whereas Greece lies at #188 – sandwiched between Bangladesh and Mozambique – the northern countries including Britain hover around #7 but France is at #75; Poland and even Romania are more liberal!!

The ex-Communist nations see more clearly than the spoilt Western EU, that the revolutionary dreams and ideals of power-hungry Romantics who in the 1920s and 30s laid the basis of ruin for an entire continent, cannot be trusted; why did Stalin massacre millions of peasants and create artificial famines, they ask themselves? Did he pronounce “permanent revolution” for our sakes? Now that the same misguided precepts, this time veiled as a slow and gradual revolution towards the “perfect civic society based on blah-blah-blah” are being shown to be utterly devastating for EU members – while of the million or so “deserving (male) refugees”, all ready to take the jobs that (German, French, Brits, Spanish, Swedes, Danes etc) “refuse to do”, and after enduring the hazards of crossing the Mediterranean, walking for weeks, often at a cost of 000’s of €s each, so many, we were told, were doctors and other highly qualified people, having left well-paid positions and businesses back home, perhaps only 54 have got jobs so far in Germany.

Yes, the newspaper, Frankfurter Allgemeiner Zeitung, reports that many DAX companies are involved in the “We Together” project. The project, launched by United Internet boss Ralph Dommermuth, aims to get migrants in employment, however, most of the top 30 companies on the German stock exchange (DAX) said they were unable to employ any of the new arrivals.

“The companies said migrants lacked the necessary qualifications needed to fill any of their roles”.

Something doesn’t quite add up, as it didn’t add up when the female Oxford Undergraduate reported by Jane Kelly in the conservativewoman recently, portrayed the bizarre self-hatred of the Left and obsession with defending crowd-rapes committed by minorities as their defining “revolutionary” feature. I quote, ‘Well, the greater good of the community is more important than the rights of the individual,’ said the female Oxford graduate .. I asked her to repeat that so we could really hear what she’d said and was it was OK then, for migrant men to attack women and get away with it? ‘Yes, there was an argument for that,’ she said quite seriously….

In similar vein, the Mayor of Cologne, Henriette Reker, was reticent about  the New Year attacks, not mentioning migration or any failure of integration, but instead blamed the victims of the sexual abuse in large crowds, for having failed to defend themselves against the immigrant attackers… This is the madness of revolutionary thinking; the “revolution” in ways and thoughts and actions, is all on the shoulders of the guilty bourgeoisie (now to include all white people) while the new “proletariat” (everyone else) are the ones who have a “right” to seize power, to benefit the new elites, who – lets face it – probably couldn’t care less whether we all die in chains just so long as their geo-political aims are met and their money is well-invested.

Revolution, whether gradual or sudden, rests on the premise that the intellectual elite “knows best”, not the Common Man (in whose interests the elite claim to operate); thus they can shift the goalposts with ease to determine who and which group are specifically “politically correct” at any given time. In so doing, they operate from the top down, they prescribe what is allowed, and we are all supposed to be blind to the real designs. As Erasmus said “In the country of the blind, the one-eyed man is king.” But an enlightened Renaissance operates from the bottom up, from the wisdom and talent of the individual, and laws serve to allow people to develop more; to be pioneers, to break new ground; as I believe were the words of John Locke “The end of law is, not to abolish or restrain, but to preserve and enlarge freedom.” 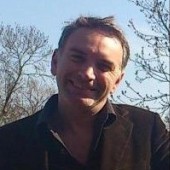 I am a qualified coach/teacher and NLP specialist, as well as a writer, and work with high level business clients around the world, especially with presentation skills and problem-solving. 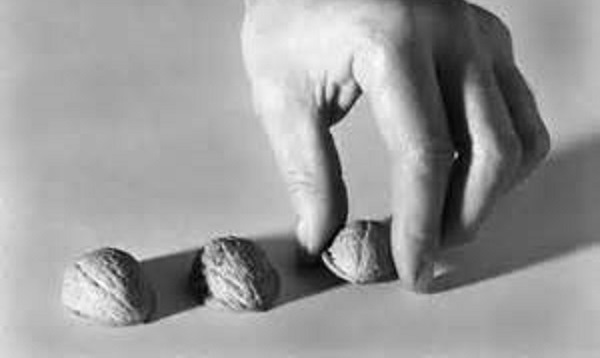 Austria and Italy – interpreting the results 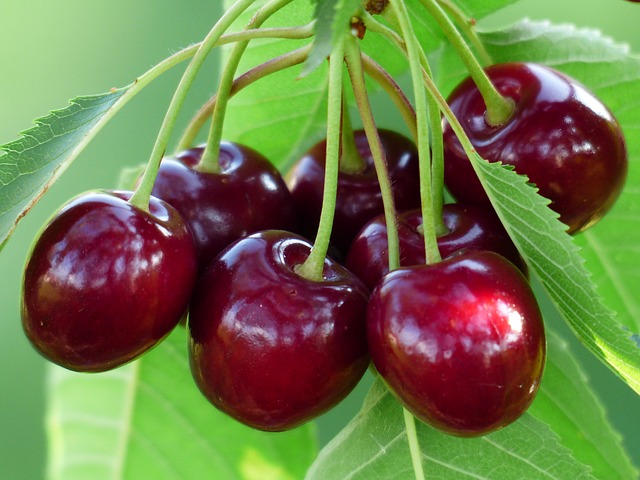 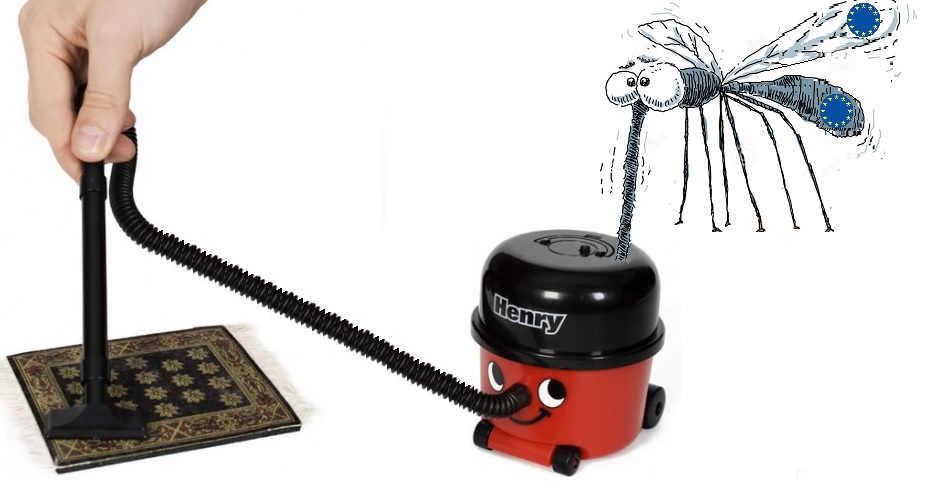 EU sucks Vacuum Cleaners out of The Market