The first of today’s two letters is a fulminant critique of how the UKIP Management Team has been treating us members. It is by our contributor Graham Matthews:

In reading Independence magazine, I found the Chairman’s article, his last communication before handing over to the new team, as particularly invidious. He takes aim at members who, in forums like UKIP Daily, criticise his performance and play the “internal blame game… sitting in their underpants tapping away at their laptops”.  In an article that fails to analyse the real causes of UKIP’s decline, he takes the easy option and complains that members spreading ‘falsehoods about me earning more than £100,000’ are putting small donors off.  However, rather than rising to the bait of keyboard warriors he might have responded in a rather different way by fully and clearly disclosing his arrangements and putting an end to speculation.  We have been kept in the dark too long and sunlight is always the best disinfectant.

What we do know is this; he was appointed Party Chairman at the beginning of August 2016.  The 2016 financial statements of the Party disclose that the Party Chairman was paid £20,000 in his role as Party Chairman and £30,000 as Party Director.  However, what is not clear is the period to which these figures apply (i.e. does this include payments to previous incumbent Steve Crowther and Paul Oakden for twelve months, or just Paul Oakden in his five months in the roles?). Combining the two amounts for the sake of simplicity, if this £50,000 was for the five months since August 2016, then that means he would be getting paid £10,000 a month or £120,000 per year.  Roger Helmer on his MEP blog tells us that Paul’s UKIP contract was only for a half-time commitment, with Paul’s other half-time spent working as constituency manager for Roger’s MEP constituency, which a Guardian article alleged Paul was separately paid £95,000 for out of funds available to MEPs.

So rather than keeping us in the dark and allowing incomplete snippets of information to float about, is it asking too much for our own Chairman to come clean to us?  When he states “falsehoods about me earning £100,000 a year” he did not qualify that statement for the source of earnings, i.e. he didn’t say “falsehoods about me earning £100,000 a year as Party Chairman”.  If the £50,000 paid by the Party to the Party Chairman was to him, and was for 5 months of work, then he is being paid £10,000 a month, then by any normal person’s definition he would be earning £120,000 a year from this half-time role.

If the allegations in the Guardian article are correct and he was also paid £95,000 in his other half-time role as constituency manager for Roger Helmer then in fact he could have been earning much more than £100,000 in 2016. However, the only person who can come clean on this is the Chairman himself, but he appears unwilling to do so. In any organisation, loyalty is only given to those who have proven themselves deserving of it, and trust is built on always telling the truth.

Today’s second letter is by our contributor David Meacock who points out that we must keep our eyes on the ball that is Brexit:

three points which we need to keep repeating until we’re blue in the face (maybe that should be purple . . .):

So, on the basis that it is said that your typical consumer will have likely seen an advertisement 8 times before they buy the advertised article, we need right now, to start repeating these points over and over again until we’re all saying them in our sleep and telling the 17.4 Million who voted Brexit that if you want Brexit then come the next General Election if it hasn’t happened in full, you need to vote for the only mainstream Brexit Party which will trigger it within 7 days of being elected with an overall majority – no ifs or buts: UKIP, likely UKIP rebranded.

For those who’ve stood down thinking, ‘Referendum won. Article 50 submitted.  Job done.’ two adages come to mind: “don’t count chickens before they’re hatched” and “many a slip betwixt cup and lip.”  Come back on board.

We cannot afford to wait and see until 2021 to see what happens as if we aren’t fully out, as there then won’t be time to get all these messages out, May will be replaced and her successor could falsely promise the earth to win the next General Election in their honeymoon period.

Winning the referendum and seeing the reluctant submission of the Article 50 letter were merely two battles won. We need to re-arm and re-mobilise as a united People’s Army to win the war, and take care that the Islamic question isn’t approached in such an off-putting way for the majority of voters that they also then don’t listen to the main messages of this article. 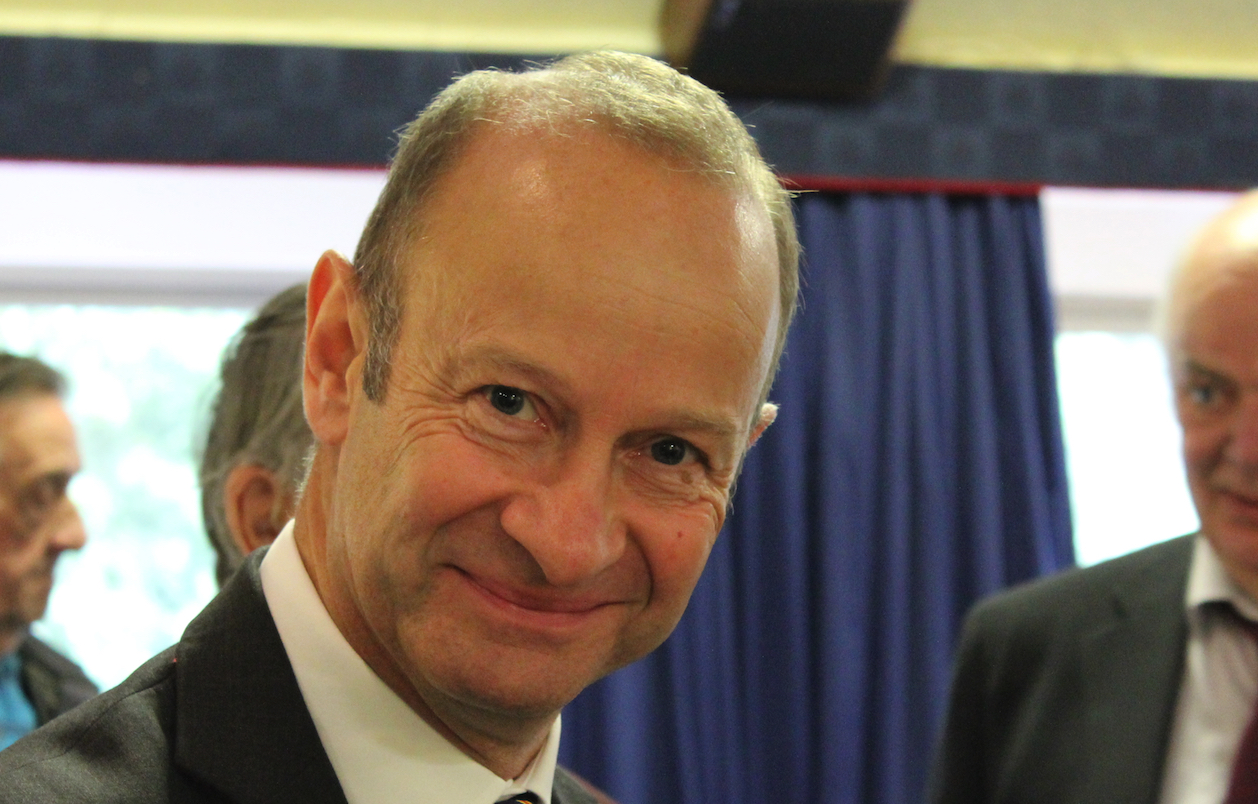 An Open Letter to Henry Bolton 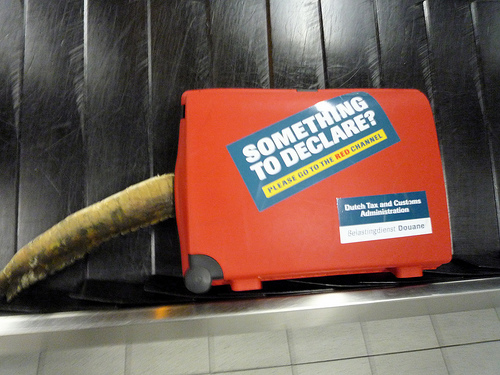 Good points; I don’t believe that May and most others in government intend to give us the clean unconditional exit from the EU that was on the ballot paper. Traitors one and all.

Thank you for that explanation; no wonder the leadership clique are so ineffective. If they also dwell in Newton Abbot as others have stated that too means they are removed from reality.

Perhaps they need to gain a sense of the reality faced by many by relocating to Dewsbury, Oldham or Rochdale.

Indeed, the core reason we are where we are is that the 3 top party leaders all resigned at the same time, sending a clear “UKIPs job is done” message. As Trump, le Pen, AfD proved the base is still there, the message resonates, but we left the fight and are now paying the price.

Mr Bav
Share On TwitterShare On Google
We have to understand that UKIp is a Company limited by guarantee AND a political party. It has to have a chairman a treasurer and a company secretary as well as a leader. There are very good reasons for having these as paid positions. First of all, its democratic, it does not restrict office to those with private wealth. Second, its professional, a salary of c £100k – for a full time role- is NOT UNREASONABLE for a chairman of a major political party. Thirdly, a salary means, or should mean, accountability. I also believe that the leader should be… Read more »
Reply

I think he’s saying the position should BE salaried, so we CAN include the poor and unsponsored?

Indeed Rob. It’s professionalism that needs to be put in place and explained / agreed by the members. There’s too many conspiracy theories and not enough debate about policy and nowhere near enough emphasis on winning seats. THAT’S the priority….. No tickee…. No laundry….!

“Professionalism” and UKIP do not presently lie easily together. Even if they did Oakden insulting the membership whilst taking his salary funded partly by those members is unacceptable; it could well force his resignation in a truly professional organisation.

The many loyal and hard working members deserve better.

I think Nigel, like many ex UKIP members, is hanging back until the new leader is announced. Come next Monday we could have a new party in the offing bankrolled by Banks. If that is true then Nigel will have to be more careful as who joins the senior ranks

Listen to Farages comments! he has declared he will not do as you say If he does try anything after the result then he is a sham.

Two very good letters. It is annoying and poss inconvenient but it is incumbent upon us all to devote time to preparing UKIP for the first By-Election where UKIP stands on the ticket of BREXIT NOW and keeps on that theme at all subsequent elections. Despite the shambles of Stoke I will be there wherever it is Aberdeen or Penzance because if not us then whom? It will interfere with my work and my family budget but this is our choice – liberty or the sleep of the doomed. As for oakden the fantasist the sooner he steps down from chairman the better.

Thank you Captain Underpants, I too would like clarity as to wages of those who are paid by UKIP.

Re Brexit, it was interesting yesterday on the Jon Gaunt Show that many people who emailed or rung in are really quite angry that Nigel didn’t finish the job after some r and r. Those that weren’t angry were disillusioned. I don’t think he would receive the same level of trust in the future. That’s just the impression I got.

Mr. McWhirter seems to have a lot of knowledge about the workings of the Elite. Perhaps he would be able to obtain and supply the figures. Surely it’s only fair that members have an idea in whose pockets their fee/donations end up, and the amounts?

Thanks in anticipation Rob

It is great to have you commenting here and within your own constraints. Please continue as you are.

With transparency comes accountability; the whole country can see what the PM is paid. Why should Oakden want it kept secret?