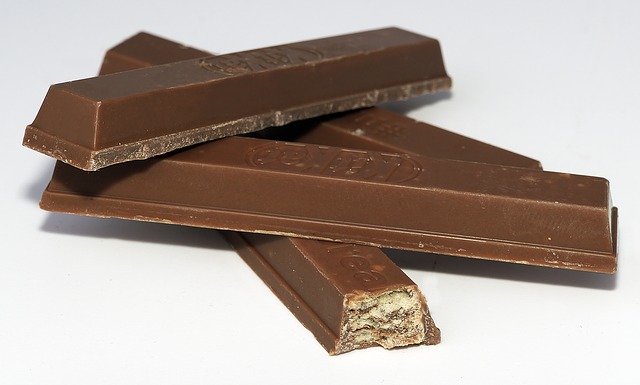 There are times in the affairs of a nation when arguments and observations previously deemed to be exceedingly ludicrous by those with vested interests suddenly are shown to have been perfectly reasonable.

There’s the despicable practice by government to ‘hide bad news’ on days of a national catastrophe or tragedy. This has been going on since 7/7. Let’s not forget that after so many years of practice, and after many journalists having moved into minister’s PR departments and moving back to their old playgrounds this practice has now become a fine art.

Then there’s the ancient habit of those in power, from kings of old down to Prime Ministers and Presidents, to stir up a little war in order to take the people’s eyes off some real problems. This they mostly don’t do any longer ‘for real’, but the sabre-rattling, made louder by compliant MSM, is a good substitute nowadays.

Then there are the hidden players, the string-pullers, the ones who actually ‘make’ policies as opposed to those we have elected to do so: our wonderful Whitehall Mandarins.

Looking back on the past two weeks in politics in our country, an unbiased observer would have seen all of that displayed in an exemplary manner.

Let’s first of all identify the main problem we in the UK face: it is Brexit and the Brexit negotiations, is it not?

Let’s then look at the event that has dominated the MSM and Parliament: the attempted murder of a Russian double agent and his daughter in our country. Horrible as this is, and looking at it dispassionately without ascribing guilt to that Russian potentate with such certainty as our PM and Foreign Secretary have done: this event has dominated the MSM and Parliamentary debate to the exclusion of all else.

Let’s look further to reports in today’s papers claiming there’s been a break-through in Brexit negotiations, for example under the headline “Britain makes concessions to secure deal for 21-month Brexit transition”:

“British negotiators expect to clinch a deal on Brexit transition terms as early as this weekend following a series of climbdowns to secure a deal from the EU, the Telegraph understands.”

Of course EU negotiations have been ongoing during this time of sabre-rattling – only, any reports about those were suddenly not deemed to be important enough to waste pixels on. We were meant to be outraged about Russia – and forget Brexit, especially since in a wonderful display of “EU Unity” Merkel and Macron stood ‘shoulder to shoulder’ with May in their condemnation of Putin – and never mind that Macron was sceptical a day earlier. See – pitiful Little Britain after Brexit would not have had the powerful EU at her side …

But then The Sun put a spoke into that particular wheel with their report on a ‘bombshell tape’. Do read the report and listen to that tape if you haven’t done so. One could not find a better proof for Whitehall Mandarins working against the interests of our country:

“Top Whitehall officials were caught boasting to EU diplomats that Brexit will be like a KitKat with chocolate covering ties to Brussels for years to come. Bombshell tapes passed to The Sun reveal senior civil servants secretly pledging to continue spending taxpayers’ cash propping up Brussels defence and foreign projects — including the controversial “EU Army”. As part of the deal suggested by a Cabinet Office adviser, EU military officials would be based in Whitehall forever.”

Quoting from that report, we read:

“A private conference last Friday saw ambassadors and officials from France, Holland, Belgium, Sweden, Poland and Italy meet the Brits at the London School of Economics to discuss post-exit plans.”

So ambassadors of EU countries were given insight in how ’our’ British negotiators were seeing the future after Brexit – not that we UK citizens needed to be told. And these UK ‘negotiators’ are sitting right where they influence our politicians, from the PM down to the ‘Brexit Minister’ David Davis. These Mandarins are the the ones who prepare papers, statements, negotiating positions and ‘advise’ the PM and Ministers on what can and cannot be done. They are indeed the EU’s Fifth Column. This report in The Sun clearly justifies the description of ‘Civil  Serpents’ (see my last article here). These are the people who have more in common with the Barniers and Junckers than with us, who pay their huge salaries.

In the Sun’s report there’s a list of participants, and there’s this quote from those two Mandarins (my emphasis):

“Senior Brexit Department official Victoria Billing sparked mocking laughter by describing the defence and foreign policy deal sought by the UK as a “KitKat” – a “cover” hiding the depths of the continued agreement. And Cabinet Office security adviser Alastair Brockbank – who works for top Brexit negotiator Olly Robbins – told the diplomats that Britain stood ready to continue paying “significant contributions” to controversial common EU defence and foreign policy projects adding: “We are interested in it all.”

If there’s still someone out there who thinks we’ll get a proper Brexit – step forward and receive your dunce cap.

If there’s still someone out there who thinks we have more important things to debate than getting the Brexit we voted for nearly two years ago – step forward and receive your dunce cap.

If you think we’ll get our Fisheries back – sorry, that’s the chocolate on a KitKat, hiding all those little compromises we won’t be told until it’s too late.

If you think that it’s ok to have EU ‘military’ stationed in our country then do have this other little bit of KitKat.

From Immigration to Border Control to Sovereignty: here’s KitKat Brexit!

Enjoy, that chocolate is really nice … 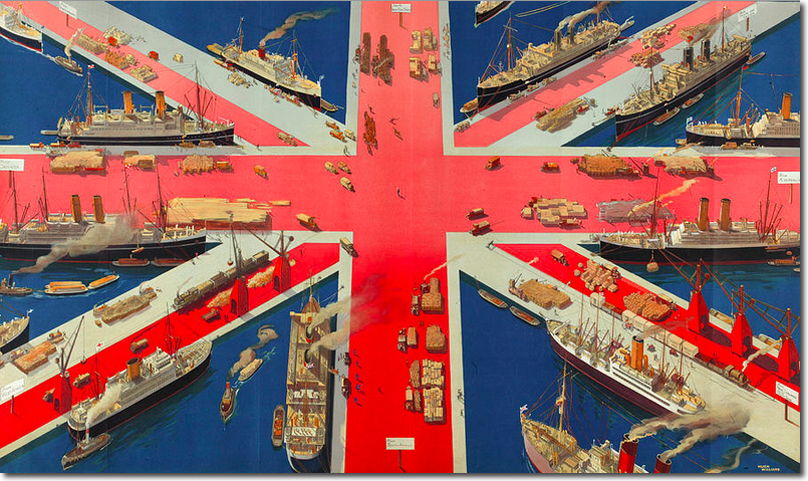 Britishness in the 22nd Century: How can we future-proof what it means to be British? 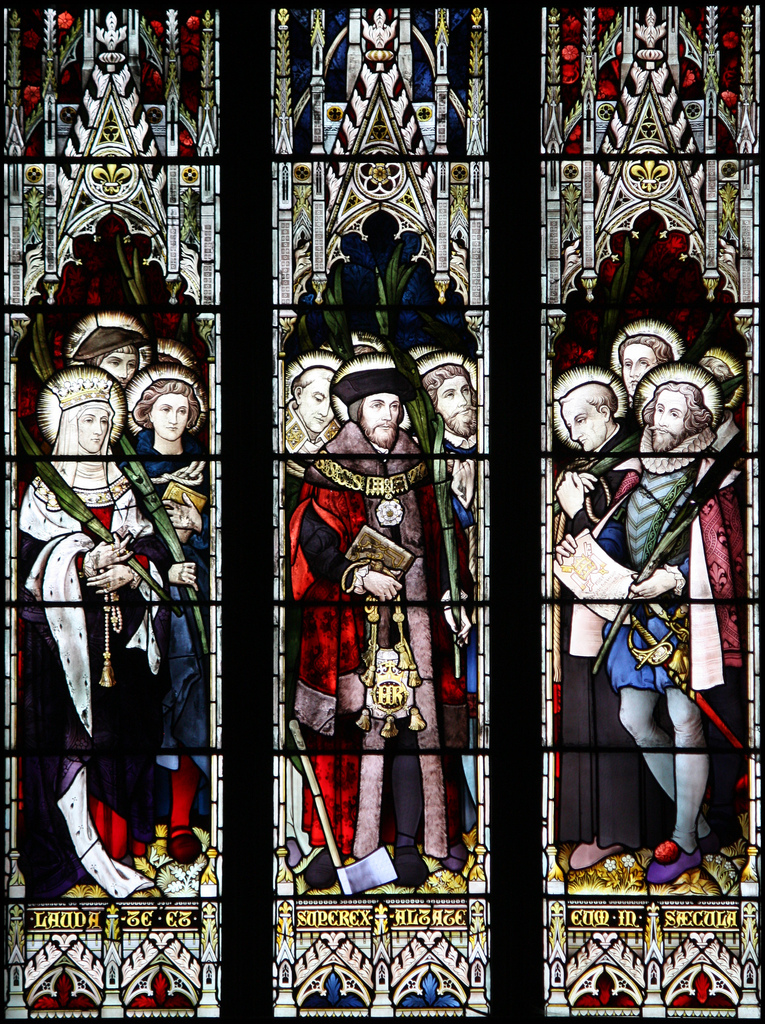 Salisbury for Europe is delighted to point out that Putin would like to break up the EU and that, surprise, surprise, staying in the EU is the safest option.

Ceri, they would say that.

As I pointed out below, this attack comes at a remarkably convenient time for Theresa May.

And as an added bonus, she has the media attacking Corbyn now. Labour has dropped 4%.

The coming local elections are a great opportunity to make the government realise that they are on a sticky wicket.

Is UKIP up to the job?

Kit Kats have been a big source of EU controversy!

“Vegelate” anyone? Thought not. They compromised on “Family milk chocolate” – code for inferior British stuff.

“UPDATED: UK’s “novichok” claim exposed as lies: what is the current reality of the Skripal case?”

Hugo
Share On TwitterShare On Google
I do not trust Theresa May. She has already proven that she will blatantly lie to us. I have no idea who conducted this attack, however it comes at a remarkably convenient time for Mrs May. Is it a false flag? I find myself, unexpectedly, in agreement with Corbyn. We need to calm down and get some real evidence. Even if the chemicals originated in Russia, where is the evidence that the Russian State is behind it? In the chaos following the collapse of the Soviet Union, all sorts of uncontrolled activity happened. Theresa May lies to us about Islam.… Read more »
Reply

Traitors indeed. If they carry on as they are doing they have better watch out. Civil war will become our only route to regain our freedom

Perhaps someone should point out to them that we don’t want a war but will fight if we need to and might just be coming for them first.

All we need is our Cromwell.

Ged is spot on. Our democracy and constitution have been trashed. It will be useless to get our country back from Brussels, if we do, only to leave things in the hands of our palsied establishment -actual and visible plus deep state and hidden. Unless we have a party, or two anti- establishment parties that can break through and drain the swamp, we will not get much further forward. The voting public has been too complacent. We now need to fight for our lives through the ballot box. We did it in the referendum.

Ged
Share On TwitterShare On Google
We have given ‘the powers that be’ the benefit of the doubt about their intentions on leaving the EU which the majority voted for almost two years ago. It is becoming so obvious now that our politicians are NOT EVER going to leave the EU in any meaningful way; certainly not in the way we voted for; which was to return our country to being an independent, self governing country as was the case in the recent past. More people can now see this deception being played out before their very eyes on a daily basis. I can see only… Read more »
Reply

Jake Bennett
Share On TwitterShare On Google
A timely and instructive article. What is to be done? Let us not loose hope. Not by any means. There are an awful lot of people out there who voted Brexit leaving their traditional party loyalties behind. Amongst these people are very powerful, influential and intelligent people who are not easily fazed and are able to articulate their demand for a clean Brexit and will not be easily dismissed by the shenanigans of the establishment. I believe these people now place achieving a clean Brexit above their loyalty to their Party (excluding MPs of course) and thus the political establishment… Read more »
Reply

Beverley Roberts
Share On TwitterShare On Google
A very good article Viv, but deeply depressing. Do all politicians tell lies and treat us like fools? I’m beginning to think so. To digress and deal with the Russian double agent issue, I have a theory which should be considered. Why was Sergei Skripal living near Porton Down? Perhaps he had switched sides and was once again working for the Russians. Perhaps he had a contact working inside Porton Down. Perhaps the idea was to send a sample of the Novichok nerve agent back to Russia, using his daughter who was visiting him to take the sample back. Perhaps… Read more »
Reply

flyer
Share On TwitterShare On Google
Well I always knew it’d come down to a real fight, I told you Theresa May was an evil b*tch. Theresa May needs burning at the stake, whether literally or metaphorically I’ll leave up to you, but I prefer the former. Unfortunately it seems to be the way of the world, some people just won’t see reason and they end up in a bunker like you know who. The trouble is so many people have to die for their cause and so it goes on. I knew this was going to be the case long ago, I’m just waiting for… Read more »
Reply

I never got on with KitKats. it seems there is now real Brexit and fake Brexit with the fake version in full deploy. Assuming the remain orientated parliamentarians-law makers and mandarins have their way and stitch the UK into the EU mail bag over the next two ears till December 2020 and onwards into further decades, the question which remains is: “is the fake Brexit ties to the EU ever undoable ?” can UKIP ever reverse this inevitable deliberate betrayal of Brexit by Theresa May & Co. Can the mandarins ever be combatted ?