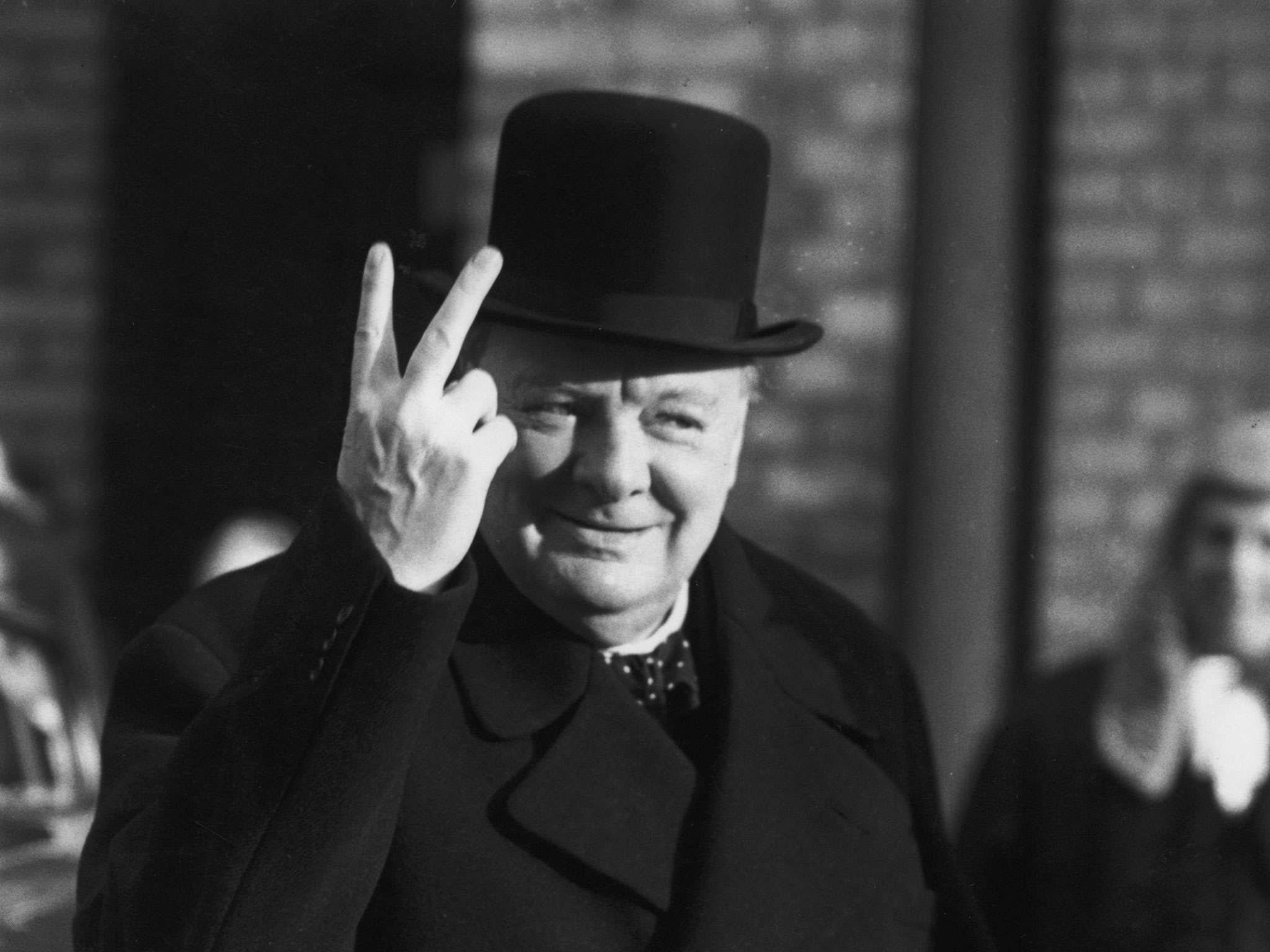 I watched the whole thing on their TV channel so you didn’t have to, and it was astonishing, to say the least. (I am very polite here!) A debate, such as we know it from our HoC, it most certainly wasn’t. It was simply speaker after speaker standing up, having his say in an allotted time slot, and that was that. Of course, some speakers, being more equal than others, were allotted more time, as this list shows:

These times were published by the EU Parliament.

Off we went, with Verhofstadt being his usual snide, anti-British self. He and those who followed him in those early speeches were in full-on “Punish Britain” mode. Messrs Juncker and Barnier (that’s the ‘Chief EU Diplomat for Brexit’) showed their suave EUishness (yes, I’ve just created that word!) by switching halfway through their speeches from French to bad English.  In an aside, I have to tell you that the conference translators were often utterly dire, sounding more like pupils trying their hand at live translations for the very first time. Apparently, they earn €80,000 p.a. …

That first, ‘serious’ lot of speakers immediately started telling us Brits how awful, dreadful, disgusting and horrible it was of perfidious Albion to threaten poor Spain with war! Didn’t that show how valuable the EU is in keeping peace! And: how abhorrent is nationalism in the form of Brexit!

Then we had Nigel, with another stellar performance. You can watch him again here. He got the loudest and longest applause. Oh the uproar when he compared that lot to the Mafia! Jumping ahead – just before the vote, a Tory MEP was nearly in tears, demanding as point of order that Nigel be severely admonished for his Mafia remark!

she said. Sorry, madam, but we do, we do indeed think like that!

Speaker after speaker started either saying sorrowfully that the British people had made such a terrible mistake in voting for Leave, or saying snottily that they really really love Britain, but – Britain was never truly part of Europe! The EU, in their delusions, stands of course for the whole continent of Europe.

All continental speakers went on to lecture us Brits angrily on our ‘bad decision’, many saying that we needed to be punished, a few only saying that, well, perhaps, being too harsh might not be such a good idea.

Two MEPs stood out, fully supporting Brexit, garnished with a nice swipe at the Commission: one from the Netherlands, one from France. Three guesses which parties they represented!

There was worse to come. Scottish and Northern Irish MEPS started wailing that their people didn’t vote for Leave, that they shouldn’t be forgotten, that they wanted and needed the EU’s help. The Plaid Cymru lady, who couldn’t say that Wales didn’t vote for Leave because Wales hadn’t, had to wail instead about Wales needing EU ‘help’ against bad Westminster.

It was pathetic, and if you think that was bad enough, it got even worse. The Greens of all EU countries in one way or another said that the UK was far too small to combat Climate Change (if we’re so small, then surely we don’t contribute much to it?) and that only the EU can do that, so for the sake of the Planet we should remain …. think of the children!

The Socialists of all  EU countries went on and on about how the EU defends “The People”, how they themselves defend “The People”, one MEP even warning us Brexiteers that we might well lose our human rights if we leave – yes, really! – so remain for the sake of “The People” …

That was of course the right place for our own Labour Remoaner MEPs to wade in, moaning about workers’ rights and “The People”. The lone UK LibDem performed her Party Line of Remoan: ”please-let-us-back-in” to the hilt.

Still, there were even more depths to be plumbed, for example repeated appeals – coming under the heading of ‘brown-nosing’ – to Juncker et al to be reasonable and nice to to the UK, because then we might recognise the error of our ways and want to come back into the generous arms of Brussels. ‘We do love you in Britain’, said one MEP, ‘please come back!’ (‘And please bring your cheque book and money’ – he didn’t quite say …!)

Some MEP even faithfully regurgitated Osborne’s ‘Project Fear’ numbers, obsolete for nine months now: that’s the caliber of the MEPs deciding on Brexit!

Then the ‘danger’ of leaving was painted in the bleakest colours: war, more war, no peace, the children, yoof, war …’we need a common army’ … on and on, relentlessly. And of course “principles” and “EU values” were mentioned many times – but what they actually were, not one MEP told us.

I’m sure you’ve now got the gist of what went on!

Firstly – the strongest feeling emanating from this speechifying was fear: the fear of the EUrocrats and MEPs of the unknown, of Brexit, and that Brexit would be a success if they didn’t do their utmost to derail it. Mixed into that fear was the overt hatred for one man: Nigel Farage. Time and again he was verbally attacked – but since this ain’t the HoC, nobody was called out for it.

The second point: Nigel putting his own spoke into the EU juggernaut in his concluding speech. He proposed that the two sides should come to an agreement: the 50 billion on the one hand, being weighed on the other hand against the fate of the 3,5 million EU citizens to remain in the UK if they so wish. I thought that was very clever, because if the EU won’t budge on the money, we can all say that money is more important to them than the fate of their citizens.

And finally: the voting. There they all sat, like in a bingo hall: vote for xyz – press button – vote closed – accepted … next vote – press button … on and on. That’s the EU Parliament.

And they want to teach us lessons in democracy and sovereignty? 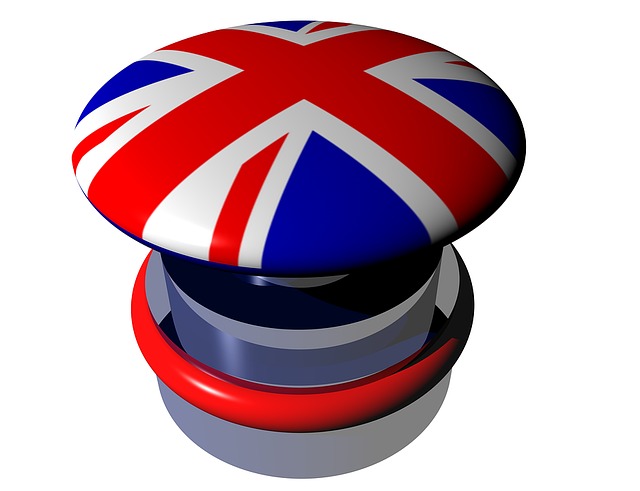 The Brexit Negotiations – An Alternative View 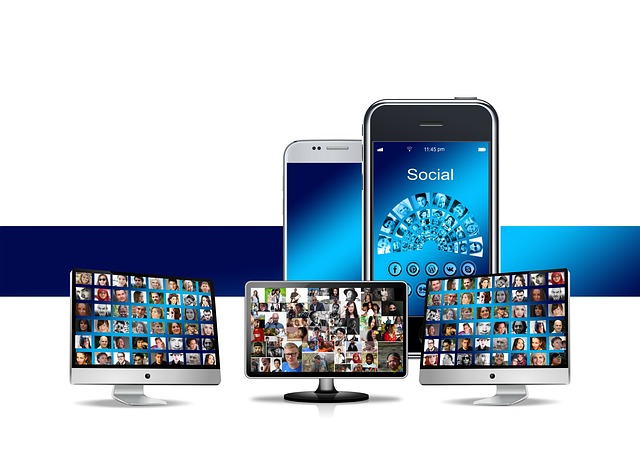 UK Democracy abolished and the Government of Europe!

Devolution and an EU In/Out Referendum – The Electoral Arithmetic

The fear-mongers really do not “get it”. The more that they try to use that approach the less credible they make themselves.

They already tried that approach – scaremongering about collapsing economy, jobs, emergency budget, world war 3, and the sky falling on our head! It did not work last June, and so why would they think it would work now? Poor deluded lost souls, hankering after a dream of their own imagination.

Thanks Viv. Good essay. And gangsters describes them very well of course.

Thank you Viv, for giving a humorous twist to what must have been a grim watch. I read on Twitter than some AM wants Wales to have a ‘sanctuary city’. Looking at Cardiff and Newport, I thought we already had them.

Viv, you must have a strong stomach to watch that lot of sickening mince-brains in full haloo. I’m glad to say that high blood pressure rules it out for me; PMQs is all I can stand. The most disgusting people in that circus of horrors they call a parliament are the British conlabgreenlib MEPs. Traitors to a man and woman, they are a shame and embarrassment to our country. One can only hope that when we escape the mafia, they take their 30 pieces of silver and stay in Brussels where they belong.

The Cosa Nostra of Europe… the EU.

These scoundrels are trying to extort over 50,000 million pounds from us for the privilege of leaving their unpleasant protection racket but continue to pay them to have a trade surplus with us.

These ingrates should be paying us compensation for the £2 trillion it cost us to save them from the EU’s first incarnation, inaugurated in Germany in 1932.

Well how many heroes do the Belgians, Luxembourgers etc have of their own? If it had not been for Churchill, the present leftwing Fascist EU would be operating under another Leftwing Nazi organisation centred in Berlin. Yes I did write Leftwing Nazi, as that is what it was prior to Hitler launching his attack on the Soviet Union. To differentiate between two strands of Socialism, the Nazis became right wing. Remember, the German National Socialist Workers Party. Note the word Socialist.

Hilarious, but I’m still glad I didn’t have to.

What is that Mickey Mouse Parliament even for? Has it ever, once, rejected legislation sent to it for “debate”? A sequence of central casting muppets making identical “Wha’ abah’ ver cheeeldren?” speeches is about the sum of it.

Thank you for sitting through that and reporting; you might have saved a few TV sets from destruction by angry viewers. The picture of Churchill is appropriate; I wish I could see May giving the bowman’s salute to them when they next demand the unreasonable.

Again my thoughts are that the only way to get us out is UDI through witdrawal from the EU treaties. Wasn’t someone even talking of a 3 year transition period after the 2 years of Article 50?

It really was truly depressing viewing. Such low grade and overtly inhuman people living in a fantasy, but with power. Frightening for the future of European peoples. Few sane voices.

In addition, the main difference is that the Mafia is competent, Global in outlook and has lasted. The similarity is that they are both criminal organisations founded on corruption and hiding behind false fronts.

Socialism and its executive arms like the EU always rely on fear, hatred and lies. A rotten, corrupt socialist organization, like the EU, that is under attack and losing, merely relies on these methods more heavily.

A good article Viv. Thank you.

Superb Viv. But oh do we have a problem ever seeing Brexit happen. The Tories don’t have the spine to make it happen. Will we ever get control of immigration? Let’s hope Banks’ Tanks come over the hill soon!

It’s not quite right for Nigel to compare the EU with the Mafia. The big difference between the EU and the Mafia is: the Mafia is probably far more honorable than the EU.

Stout Yeoman
Share On TwitterShare On Google
Both organisations operate with a code of omerta. The EU operate by secret committee and so determined are they to enforce silence every document produced has a unique feature – word, letter, font change, or symbol – so that any leaks can be traced. This is at enormous cost but so important is the EU’s omerta. Since its introduction leaks have fallen to near zero. Nigel’s comparison was sound; the EU is like the mafia. He was suggesting similarity. The differences are that the Mafia is libertarian – small state, low taxation – and pro-private enterprise. And the rate the… Read more »
Reply

Many a true word spoken in jest. The EU has robbed it’s citizens of far more than the Mafia ever did.