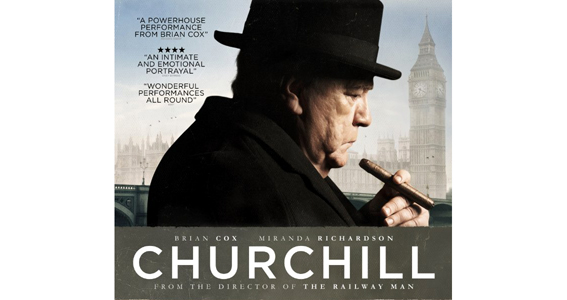 This was a disappointing film in terms of its general theatrical quality which veers towards the melodramatic, but even more because it is a travesty of Churchill’s character. That fine actor Brian Cox might have been made for the role of Churchill and with a script which reflected Churchill’s  personality, opinions and behaviour accurately I have no doubt that he would have produced a great depiction of the man. But here he is bound by a script which makes Churchill seem like a tempestuous child, and a child who more often than not could be side-lined and insulted to his face despite being Prime Minister in the midst of a most terrible and threatening war.  It is difficult to think of any scene involving characters with power and influence which shows him as being the dominant character, for example, he does not chair the meetings with Eisenhower and the other military men. In real life he did.

The film is set in the four days before D-Day and the execution of Operation Overlord, the invasion of Normandy.   Churchill is portrayed as being pathologically anxious that the invasion should not be another bloodbath like Gallipoli in the Great War. As a consequence the film has him interminably prevaricating over the D-Day landings and after the decision is made to invade Churchill is shown praying for unfavourable weather to stop the operation: “Please, please, please let it pour tomorrow. Let the heavens open and a deluge burst forth such as has never been seen in the English Channel. Let the sea churn into peaks and troughs and tidal waves!”

That passage encapsulates the tone of the film.  Churchill is not seen as being either in command or as a figure of authority but as a man frightened for his reputation and perhaps his soul.   So strong a part of the film was the obsession with the failure at Gallipoli I could not help wondering if this was in some part a consequence of having an Australian director Jonathan Teplitzky.  Australians are frequently more than a little angry about Gallipoli even today and blame the British for the loss of Australian lives there. Film scripts are not sacrosanct and it would be interesting to know if the subject of Gallipoli loomed as large in the initial script as  it did in the film.

The historian Andrew Roberts has unreservedly slated the film for its many inaccuracies relating to Churchill’s state of mind leading up to the Normandy landings, viz: “The only problem with the movie written by the historian Alex von Tunzelmann is that it gets absolutely everything wrong. Never in the course of movie-making have so many specious errors been made in so long a film by so few writers.”

To the lack of historical accuracy about events and Churchill’s state of mind can be added the portrayal of his physical state.  Churchill in real life was far from the physically lumbering man, obese to the point almost of physical handicap that was depicted in the film.  He played polo into his fifties and rode to hounds into his seventies (in 1944 he was seventy).

The depiction of Churchill’s relationship with the military is also improbable.  He is shown displaying a chronic fault of Hitler, namely, playing at being a military mastermind by suggesting different strategies such as decoy operations to mislead the Germans, tactics which fed into the film’s Gallipoli complex.  There are also something startling and incongruous in the circumstances of the language involving the military with Montgomery calling Churchill a ‘bastard’ to his face and casting aspersions on his commitment to the Normandy landings by accusing Churchill of ‘doubt, dithering and treachery’. The PM later describes Montgomery (not in Montgomery’s presence) as a ‘Puffed-up little s**t.’  It all seems very unlikely, not least because it implies that the military not  the politicians were the real government of the UK at that time.

In fact the film plays to that idea for there is a strange absence of other British  politicians in the film.  For example, Churchill’s leading scientific advisor Frederick Lindemann had a very close relationship with him and the two met often during the war. It is a little odd that he did not appear at all because apart from his value as a scientific advisor Lindemann had a real friendship with Churchill and at a time of great stress for Churchill it is probable that he will would have welcomed having Lindemann around.

Then there is Churchill’s relationship with his wife Clemmie.  She is  shown as  being very ready to criticise Churchill either directly through confrontation as when she scolds him for his drinking and indirectly by her general behaviour towards him which includes her apologising for Churchill’s behaviour towards his staff.  She is also shown slapping him at one point for which there is no evidence.   Even if there had been any substance to this behaviour would Churchill’s wife have been raising it just before D-Day?  Again the evidence for such behaviour is lacking.

Is the film worth seeing?  Probably not for as a pure piece of drama it fails. The action flits from scene to scene in rather stilted fashion which robs the film of cohesion and leaves the impression  that each scene is being ticked off as having covered a particular issue as a stamp collector might  congratulate themselves on having acquired a particular stamp to add to a set.  Nor apart from Churchill and just about his wife is there much character development, for the film has a substantial number of historically important characters but little time is allotted to each.  These  supporting characters are, as one can more or less take for granted in a film manned by British actors, adroitly executed in as far as their very limited roles allow. Within the confines of this hindrance of Julian Wadham’s Montgomery stood out.

That should be enough to say don’t waste your money. In short, it should be seen for its faults not its virtues.

Pithy Quotes by and about Politics and Politicians 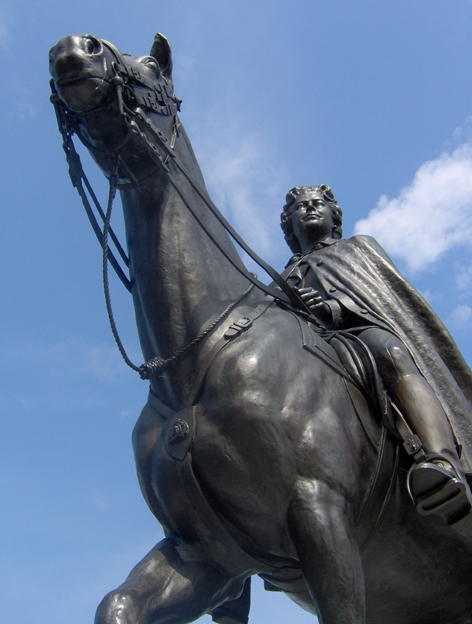 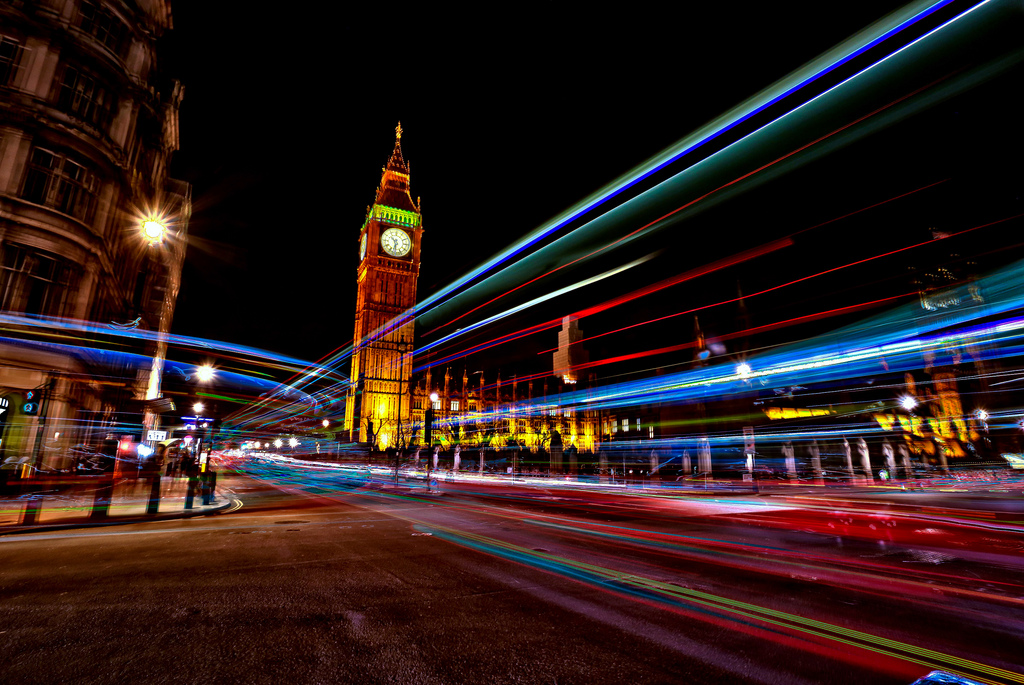 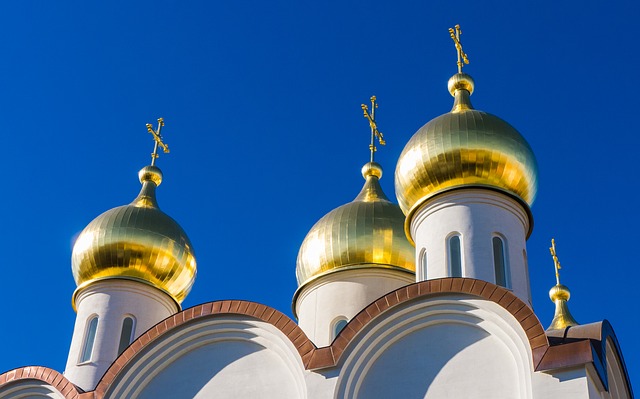 11 Comments on “Churchill – a film review”

Roger Gough
Share On TwitterShare On Google
@Panmelia. Thank you for your comments. I’m pleased to learn of your award and your decision to name it in honour of Mr Wigram. I find it most fitting and heartening. I’m not much one for medals; the only one I’ve ever received I gave away in double quick time for a bottle of whiskey and never regretted it for a moment. I recently learnt that on the 60th anniversary of the Queen’s accession, every serving British Police officer received a medal. Each one cost over £100 to produce. They award a ‘long service medal’ too(used to include ‘good conduct’)… Read more »
Reply

Roger Gough
Share On TwitterShare On Google
How are you Robert? Well I hope. Have you watched “The Gathering Storm” which again depicts Churchill (Albert Finney), this time in the period before the war when Foreign Office employee Ralph Wigram was privy to reports which suggested that Hitler was re-arming to a worrying degree. Such information was not officially acted upon but Wigram felt that it should be brought (confidentially – he feared for his job) to wider attention. Via a friend he was put in touch with Churchill who recognised it’s importance and acted upon it, initially to some derision it seems. Wigram’s actions (aided by… Read more »
Reply

Panmelia
Share On TwitterShare On Google
@ Roger Gough I was awarded a UKIP Gold Medal in 2014, but didn’t actually receive it until September 2016, so I was presented with it by Diane James instead of Nigel, unfortunately. Since then, my belief in UKIP has been on a downward trajectory and can only be revived by a worthy candidate winning the leadership election. However, Roger, your post has persuaded me to regard my medal in a new, more positive light and, although I had never heard of Ralph Wigram before (so neglected are our rightful heroes), I have decided to refer to it henceforth as… Read more »
Reply

Panmelia
Share On TwitterShare On Google
@ StuartJ You’ve summed it up accurately in one sentence. Most actors and directors are Leftards and manipulate scripts, casting and production to reflect their own precious views rather than well-researched historical fact. I avoid cinematic treatments of national heroes such as Churchill, Wellington and Nelson for this very reason, so I wouldn’t have watched this film anyway, but it’s a shame we are not offered better than this anachronistic, axe-to-grind presentation of recent history. Dragging in the feminist agenda is par for the course in today’s productions; it’s so predictable as to be a tedious turn-off. Sometimes I think… Read more »
Reply

I did watch the film. I am not a historian so I cannot comment on its historical accuracy.

Nevertheless I did find it to be a moving and challenging film. I am glad that I watched it.

Yes of course Churchill had his flaws. If only we had a political leader today with his clarity of thought, and singleminded purpose, we could soon sort out the mess that our country is currently in.

“If only we had a political leader today with his clarity of thought, and singleminded purpose, we could soon sort out the mess that our country is currently in.”

The problem is Hugo that the film did not represent him in that fashion. They made him see a weak man who was almost a bystander.

Robert, yes I was unsure of the accuracy.

Thankyou for the review of the film. Churchill could see the storm clouds approaching in the 1930s, if only he had been heeded in a timely manner. I seriously worry that the same lackadaisical attitude prevails now. See my article: http://www.ukipdaily.com/uks-demographic-transition-islamic-state/

My grandfather was a mechanical engineer, he worked on Spitfire production. They managed to boost it to several hundred per month.

Thank you, Robert for this review. Do you think it is a genuine misunderstanding of both Churchill’s character and the history – or, as seems too often the case these days, an attempt to re-write history? Were children to see this, or study it in school, they might completely misunderstand Churchill and these days critical thinking and alternative viewpoints seem to be absent in many cases from colleges and universities.

Well, Dee, I would go as far as to say the scriptwriter’s anachronistic feminist strain in the film was deliberate ideological re-writing of history. As for the obsession with Gallipoli, the fact that there was an Australian director may have influenced the scriptwriter and/or the director took a script and then enlarged the role of Gallipoli himself or by telling the scriptwriter he wanted it inflated. Scripts are often seriously altered from the original.

Whatever the reason for the misrepresentation it was seriously a-historical and reduced Churchill to a virtual bystander over D Day which was simply absurd.