BROWSING THROUGH THE DEBATES IN THE BRITISH PARLIAMENT – FROM HANSARD, 1961 ONWARDS – PART II

I now turn to Sir D.Walker-Smith (Con), snippets from his speech on 16th November 1966 (Column474) “On the constitutional side, the agricultural position shows clearly under the Treaty of Rome we would no longer be masters in our own house and that the powers of decision would pass from Parliament.  For many years this country has practised a system of price support.  It may or may not be the best system, but it has operated for 20 years with the assent of both sides of the House, etc, etc”.

“But the constitutional question is clear. It would not matter if not one Member wanted to change the system.  That would be irrelevant because, under the Treaty of Rome, if we join the Community the power of decision passes from this House”.

“I now turn to the political and constitutional aspects, of which there are two. First, there is the immediate affect of adherence to the Treaty on British sovereignty, and secondly, the future question whether membership of the Community carries any implied or inescapable commitment to political federation in the future?”

“On the second of those matters, the position is clear as far as it goes; but our range of vision is necessarily limited. The Treaty, of course, carries no express commitment to future federation.  But the difficulty is that as time goes by, if we join the Community, the decision about federation would not be one of our own choosing so much as the will of others, because our arrangements would be so inextricably involved with those of the Community that it would be difficult to the point of impossibility in practice—though not impossible in theory- to dissociate ourselves from a supranational federation if our partners decide that they want it”. Etc, etc,

“I come now to the other question relating to the political and constitutional aspect—the immediate consequences of signing the Treaty of Rome.  Here we can see the position much more clearly. Two truths are apparent—first, that over a wide range of our national life there would be an immediate abandonment of sovereignty and of our constitutional principle of the sovereignty of Parliament. The second truth is that, so far, the British people have very little idea of what is involved”.

Column 478, “It is clear that Article (189) in respect of those Regulations this House can be nothing but a conduit pipe.  That will be its role. We cannot reject or even vary any of the regulations which are at present pouring out from Brussels.  The collective law of the Community would bind the individual British citizen, and Parliament and Courts alike would be powerless to intervene.  That would be a heavy price to pay for Membership of the Community”.

“The British people may, in the event, pay it.  I do not presume to prophesy about that, but I do know that they should not be asked to pay it in ignorance.  It is a mistake to assume that the British people are interested only in the economic bread and butter aspects of this matter.  It is a mistake to assume that they are not interested in these great political and constitutional matters. I know, of course, that terms like “sovereignty” are not part of the every day idiom of the British people; but they represent things which are long-established and cherished.  They are like the air we breathe—little noticed in its presence but valued beyond price in the event of deprivation”.

“There is therefore, a duty on the Government of explanation and instruction, a duty not to gloss over these political and constitutional consequences”.

Mr Stanley Orme (Lab), 16th November 1966, Col 489. “I want first to consider the European situation. At a private meeting in the House, M. Spaak, who was prominent in the setting up of the Community, explained his concept of what the European Community should be and what it should entail, and his explanation sent shivers down the spine’s of some of my Hon Friends who are very pro-European.  M. Spaak’s political concept is that of many statesmen, particularly among the five, excluding France, (General de Gaulle, who wanted a Europe des Patries) It is the political issue which we must seriously consider”.

“M. Spaak is against the entry of any neutrals.  He regards the Community purely as an extension of the militarily based N.A.T.O. a further extension of a military alliance.  I do not attribute those views to all of my Hon Friends who favour entry, but I do know that there are many Hon Members on both sides of the House who are interested in the Community not just as an economic unit but as a political unit too.  They regard it as a supranational authority of which Britain should be a part”.

Page 492 still Mr Orme, “It has been said that the British people do not fully understand what is involved in our entry to the Common Market.  This is true, and I am hoping that the continuing debates on this matter will get the facts across to our people. It is not just a matter of an increase in food prices, serious as they may be; it is not simply the effect on the economy, the distribution of our industry and our future development, or our social services.  It has also to do with how the Community is operated and controlled. The Community is undemocratic”. 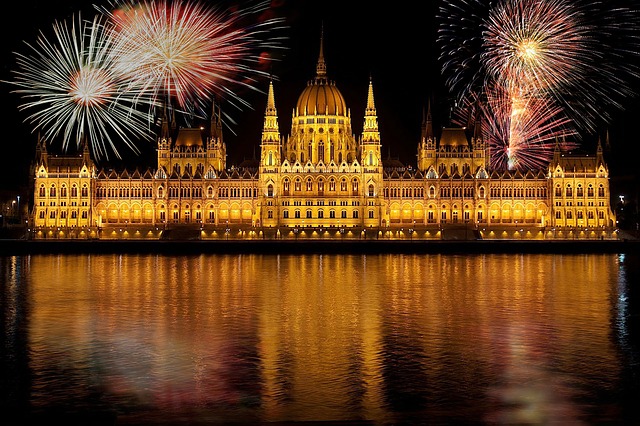 The Environment as a Trade Weapon?

A question of a referendum – part 4

1 Comment on “BROWSING THROUGH THE DEBATES IN THE BRITISH PARLIAMENT – FROM HANSARD, 1961 ONWARDS – PART II”

Mike Kennedy
Share On TwitterShare On Google
I have not seen any statement by David Davis nor May nor any Government announcement concerning Victoria Billing and Alastair Brockbank, the two senior civil servants within Davis’s team, who sparked mocking laughter by describing the defence and foreign policy deal sought by the UK as a “KitKat” – a “cover” hiding the depths of the continued agreement, and told the diplomats that Britain stood ready to continue paying “significant contributions” to controversial common EU defence and foreign policy projects. They were recorded saying these things during a meeting at the LSE with representatives from EU countries that have NOT… Read more »
Reply