Members of the team at UKIP Daily offer good wishes for 2017. 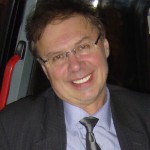 I wish for May to actually get A50 in and for Trump NOT to be assassinated! Oh, and Marine Le Pen as President of France and Merkel NOT the Chancellor and Wilder for Dutch PM< etc. etc. anywhere that freedom lovers are waking up!

Debbie le May looks back briefly in order to go forward:

It was lovely to meet some of our readers when the Editor in Chief Viv Evans and I organised a fringe meeting at the Doncaster conference – good PR too as many of the people who came to see what UKIP Daily is all about had never heard of us! They know about us now and many have become regular contributors as well as readers.

We Kippers had a good 2016 with our win in the referendum campaign but, as has been mentioned, that was just the end of the beginning. We must all keep the pressure on the Prime Minister to negotiate a good deal outside the European Union. It shouldn’t be difficult for a skilled negotiator; after all, the UK has the upper hand when it comes to trade. I just hope that Mrs May really means what she says. From my point of view, if she reneges on her promises, I for one will be in the vanguard of the revolution.

No wonder the EU doesn’t want us to leave – we’re the second highest net contributor, but let’s ensure that 2017 is the year the EU realises that we’re getting out and we’re taking our ball with us. And if the whole EU project then disintegrates, let Frau Merkel pick up the pieces! 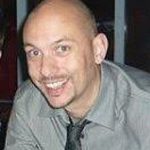 The art of political punditry has taken a hammering in 2016, so rather than predictions, here are some of my political hopes and fears for the year ahead.

If Article 50 is triggered in March as promised by Theresa May, I’d love to see that immediately followed by repealing the 1972 European Communities Act. This will end nine months of Brexit limbo and hole many Remoaners below the water line. We will have ended 45 years of EU supremacy.

We will still face a bitter rearguard action from Remoaners desperate to keep us locked in the Single Market. Ironically the EU’s arrogance and inability to compromise may do us a favour here; while the UK’s Remainer politicians, civil servants and diplomats will be working hard for a fudged ‘deal’ that will keep us in, the EU in all its masochistic intransigence may insist that it’s all or nothing and effectively kick us out.

My main fear is an early General Election. Theresa May could have triggered Article 50 months ago before the Remainers had time to recover from their shock referendum defeat and mobilised their fight back. She could have ended the spurious legal cases by pushing through a binding Commons vote. She chose not to, partly because she is a staunch Remainer and is happy to see Brexit delayed and frustrated and partly, I fear, so she can claim in March that she is being frustrated in her attempts to deliver Brexit, so must go to the country for a fresh mandate.

A 2017 General Election will kill any possibility of meaningful Brexit. Article 50 would be shelved pending the result, possibly permanently. Our tribal two-party system and ‘rotten borough’ constituencies will certainly return another Remain House of Commons. As we saw in the Sleaford by-election, a staunchly pro-Leave area returned a pro-Single Market MP with a thumping majority, simply because she wore a blue rosette.

It is quite conceivable that the Tories would fight a General Election on the promise that “only the Tories can deliver Brexit” while simultaneously pledging to keep the UK in the Single Market. UKIP are in no fit state to fight a spring General Election and against Corbyn’s Labour the Tories would win a landslide victory whatever their stance on Brexit. The EU referendum result will have been superseded and a majority Remain House of Commons will be returned with a fresh mandate to keep us in the EU in all but name. Kippers demanding an early General Election as a reckoning to boot out Remainer MPs should be very careful what they wish for.

Remoaners have convinced themselves that Europe somehow needs the EU to survive. As Project Fear’s dire predictions of immediate disaster spectacularly failed to materialise, many ordinary Remain voters (as opposed to hardcore Remoaners) saw that the EU Emperor has no clothes. I hope that this will continue in 2017, and that support for the EU among the 48% will continue to wither and die. This happened in Norway where they also rejected the EU by 52/48 in the teeth of their own Project Fear, and support for EU membership has since dropped from 48% at their referendum to less than 30%.

The EU’s utter inability to respond to any of the challenges of the 21st Century, be they economic, social, or terrorist, will continue for all to see in 2017. If 2017 is punctuated with strong results for anti-EU parties in elections in Holland, France and Germany, we may find that despite the best efforts of the UK’s political establishment there may not be much of an EU left to leave. 2017 could be the year that Europe begins to cast off this failed EU experiment and returns to prosperity and normality.

1. I hope that our government will realise that all this pfaffing helps no one, bites the bullet and pulls out of the EU. 2. Nigel makes a comeback. Not necessarily to lead UKIP, but some position of influence (if for no other reason than he really winds up MPs). 3. That Remainers and Brexiteers can find some common ground and work together to achieve the exit that makes us all happy. 4. That UKIP come up with a good policy team and start pushing our 2020 manifesto by the end of the year (an early start but it shows that we are ready for government). 5. That the UK can show other European nations the correct way to extricate themselves from the EU and we can all start being proud of Europe again.

Viv Evans (who declined to supply a photograph!) writes:

At the beginning of a New Year, one is required to look ahead with optimism. If the past year has taught us anything, it’s that we can trust the great British people to do the right thing. They’ve shown that they are neither dumb and stupid nor willing to follow the dictum of the elites in Westminster and the Media, not when it really matters.

So for 2017 I hope that we can tap into this well of patriotism again and get the government to repeal the ECA 1972 to get us OUT.

As for UKIP: there will be trouble ahead (when isn’t there …?), so I wish that the promised communication between ‘those above’ and we footsoldiers will finally come into being.

What I also fervently wish for is that all who can will exchange the keyboard for their boots when called upon. There will be by-elections, there are the local elections in May and we must win as many seats as we possibly can. Internet campaigns are very well, but boots on the ground are better!

That brings me to the final wish: not to forget that we are still fighting for BREXIT! Nothing has really changed. The Remoaners (see Gary’s piece above) have not given up and will not give up. So we must be relentless in our fight, locally and nationally, until we really are OUT.

Let me add this small wish for UKIP Daily readers and contributors: keep writing! Keep your comments short, and when your argument needs more words: there are always the “Letters” – or indeed an article. So: Keep writing! 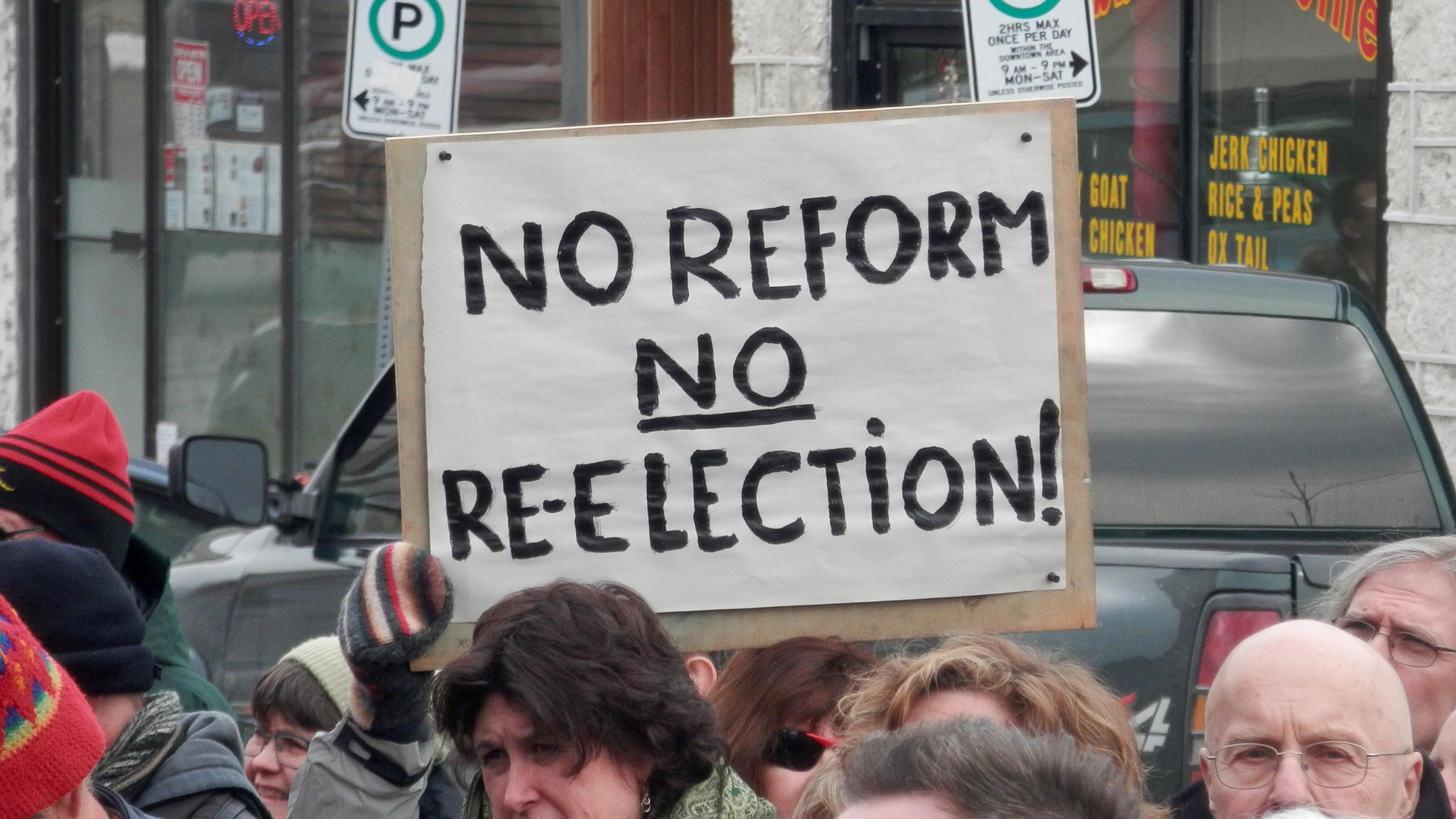 A Letter from another White Van Man to Emily Thornberry MP

Thank you, all contributors and editors. Gary Conway has made me think about the drawbacks of an early general election; maybe that five-year Parliament law the Coalition cooked up is an advantage after all. Viv is right: boots on the ground are an absolute necessity. I’m just waiting for the Cumbria campaign call to arms.

We all need to combine other key policies with the overriding message that we have not yet left and that May is lining us up for Brexit super-lite, just a Cameron tried to pretend he was going to renegotiate, in order to win the general election. The Tories are very good at fooling people and have incredibly gullible supporters. Well done to Viv and the team and indeed to all contributers. The point about telling members where to find UKIP Daily is an excellent one. In future the address will be on all my branch communications.

I was just looking at new year messages from Paul Nuttall, May and Merkel, published in The Telegraph.

Paul Nuttall gave the best message, Mays message was pure bu*lsh*t and as for Merkel, there’s no point to even listening to that certifiable psychopath. It is significant that Paul and May were the only British politicians to have their messages were published here.

Good on Mr Nuttall, I’m starting to like him.

Mrs. May has always talked a load of bu*lsh*t, I am constantly amazed her supporters get taken in by it. But I think you may find the police are not on her side after how she treated them when Home Secretary, she was quite a nasty bit of work.

Thank you all, together we can win.

If she goes to the country it will have to be on a hard Brexit manifest otherwise 17.4 million people will not vote Tory. Forget Article 50, it is a labyrinth that leads to no where. Repeal the ’72 Communities Act, I know it means we renege on many promises but they can be repaired after we are out. It is the Lords and Commons that needs total restructuring, it is still living in Cromwellian times and is no longer fit for purpose

Ken I completely agree that both our House of Commons and Lords are no longer fit for purpose. However I fear it would take a revolution to prise their sticky fingers off all that money and power. The best way, if only it happens, is for Arron Banks to do what he has been thinking of doing and funding Independents in certain seats where Leavers have been let down by their MP’s, and maybe together with some UKIP MP’s we could drain the swamps.